It’s time for another round of Three Things Thursday. 🙂

But first, I just thought I’d mention how bummed I am lately that I haven’t been running as much. I’ve done two long runs (one was the half marathon last weekend) and one short run in the past TWO weeks. Only three runs in 14 days makes for unhappy Paula.

But they are “healthy” margaritas, so does that count? (The only available answer here is yes.)

So, here is my recipe for healthy strawberry margaritas. Now you can drink lots of them and stop running as much too. Then call me and we can cry together on the phone while taking sips.

Mix that up with some ice and then drink 18 of them because they are so good.

If you use Diet 7-Up, you don’t really need the lime juice because it has the strongest lime flavor of the three.

Do it for the strawberries. 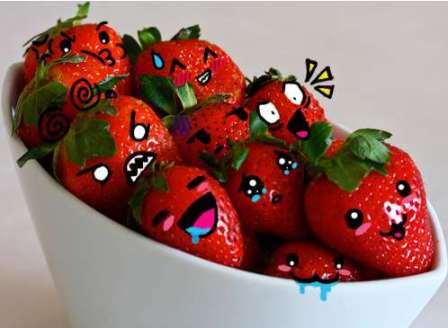 These are things that have happened to me that remind me that the world isn’t all crazy and that there are some amazing, wonderful, kind-hearted people out there.

I was probably 17, and my friend and I drove from Bradenton (where I was living at the time) to Orlando to go to HHN. We planned on buying tickets at the door. When we arrived, it was sold out.

We stood around outside the Universal Studios entrance trying to figure out what to do – drive 2 hours back home or make the most of Orlando and go to dinner. We were bummed to say the least, so we decided on dinner. That’s when a guy came over because he overheard us and gave us 2 tickets to get in. That’s over a $100 value right there.

We were blown away. We insisted that we wanted to buy him dinner or give him money for his kindness but he refused. Then he told us we could buy him a drink or food if we saw him inside. We looked for him the whole night but never found him.

Later, we got our pictures developed from that night and he was walking by in the background of one of them. 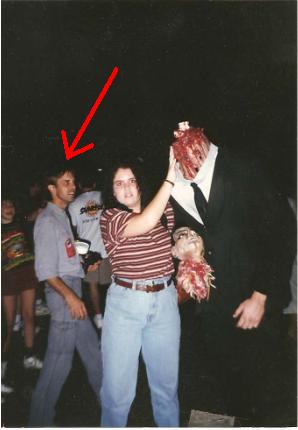 Thank you guy walking in the background. You made our night and I still remember you 17 years later.

Random Girl Walking on the Street

About a year and a half ago, I was driving home from work in the pouring rain when my car stalled at a red light. I was stuck there, so I put on my hazards and proceeded to call AAA. That’s when a girl walking on the sidewalk came up to my window and offered to push my car into the parking lot that was right near where I stalled.

She pushed my car (while I steered) in the pouring rain and then just walked off without saying anything. Pretty amazing, right?

Random Person at House of Blues

Hubs and I were there seeing She Wants Revenge in concert. The show was almost over, so I ran to the bathroom to beat the crowd and get back for the last song. There were no paper towels to dry my hands afterwards, so I just wiped them on my clothes but my finger was still wet under my engagement ring. I hate that feeling, so I moved my engagement ring up on my finger just a little bit to dry my hand.

When I went to push the ring back down on my finger, I instead did the EXACT opposite. It flew off my finger and into the general admission area during the encore.

If you’re not familiar with the House of Blues when it has a crap ton of people in there…it looks like this:

I looked around my general area and couldn’t find it. The concert ended, everyone filed out, and hubs and I checked the floor and still couldn’t find it. A bouncer came up to me and asked me what I was looking for. I told him my engagement ring fell off.  He said, “You’re in luck” and pulled my ring out from his pocket.

Someone found it and turned it in. 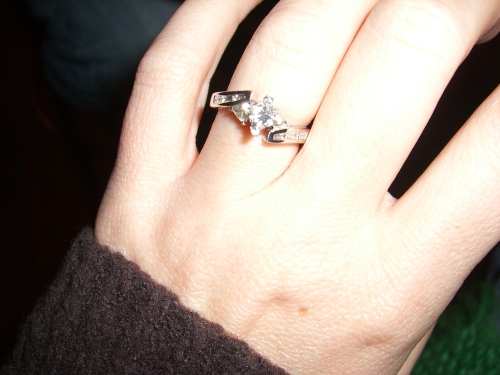 Yeah, this is overexposed, but I appreciate how the flash really diminishes my hand wrinkles.

I can’t even tell you how relieved I was. Someone could have easily taken that to a pawn shop and got a couple grand.

Have you ever done something amazingly kind like this for someone? Would you turn in someone’s diamond ring if you found it? (I would for sure.) Tell me about something amazing that a stranger did for you.