Another good episode this week. Let’s start with the flashbacks, because there were a bunch. We start out out 6 months ago when Ben and Violet were first moving into the murder house. Nora, the abortionist’s wife, is walking around moaning and crying that she doesn’t like the style of their furniture. 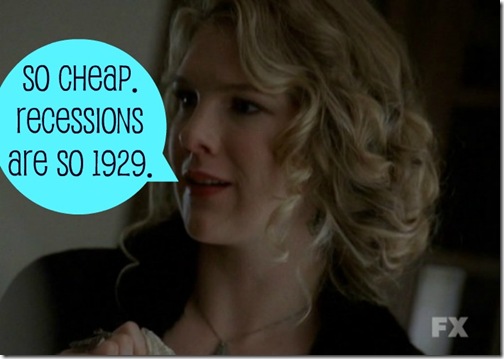 Then we flashback to the first episode when Vivien has sex with the rubber man. Ben sleep walks right by him and then the rubber man takes off his mask. No big surprise. It’s Tate.

Then we flashback to the previous owners, the gay couple Chad and Patrick. Chad snoops around on Patrick’s computer and gets upset and disgusted when he finds that Patrick has been in S&M chat rooms. So naturally, Chad goes to a sex store to find a little somethin’-somethin’ that will please Patrick. 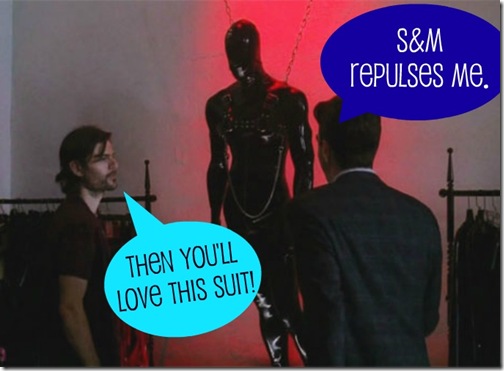 During another flashback, we see Tate as the rubber man killing Chad and Patrick. They apparently survived death by apple bobbing and were dragged to the basement where Tate shot them, making it look like a murder-suicide. And in this week’s unnecessary scene, Tate pulled down Patrick’s pants and gave him an actual fireplace poker to the ass.

Nora finds Chad and Patrick dead. Tate tells her that they were no longer going to have a baby and he would find someone else that will.

Meanwhile, in present time, Hayden approaches Nora who’s crying (again) about her baby. Hayden tells Nora she’s dead and because of the clothes she’s wearing, it happened a long time ago. She also tells her that since they’re ghosts, they can become invisible whenever they want. Finally, they conspire to each take one of Vivien’s twins because both of their babies were taken from them.

Later, the maid warns Vivien that the house is evil and suggests that she get out as soon as possible. After everything that’s been happening and then seeing the picture of the abortionist’s wife, she doesn’t take the suggestion lightly.

So Vivien and Violet pack up their things immediately. Once they get in the car, they find two of the people that held them hostage waiting for them in the back seat. Vivien and Violet both freak out, run back into the house, and call the police and the hot security guy, who gets all up in Ben’s face about him being a shitty husband. 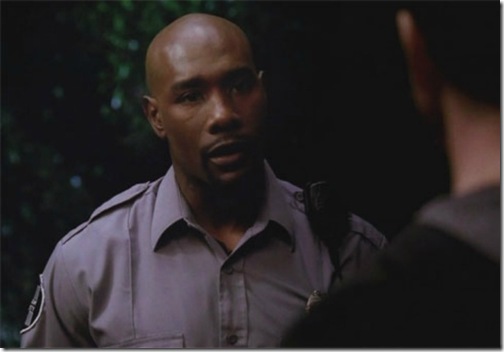 Ben gives Vivien some sleeping pills because she’s so distraught. So, while the police are at the house, Vivien is upstairs sleeping. Hayden wakes her up and tells her that she’s dead and she going to take her twins. Then Tate shows up as the rubber man and tries to rape Vivien.

As Vivien is screaming, Ben and the police burst into the bedroom to find nothing there except a crazy Vivien babbling about Hayden being a ghost, wanting to take her babies, and rubber men trying to rape her.

Vivien thought Ben was an intruder and accidentally shot him (with a gun she stole from the realtor earlier in the day) when he burst into the bedroom. Now, Ben thinks Vivien is a danger to herself and needs professional help even though he’s seen Hayden alive after burying her under pounds of cement in the backyard. Makes sense.

Vivien asks Violet to tell the police what she saw in the back seat of the car, but she doesn’t because Tate told her to keep it to herself…right after they sealed the deal. And by deal, I mean sweet ghost lovin’. 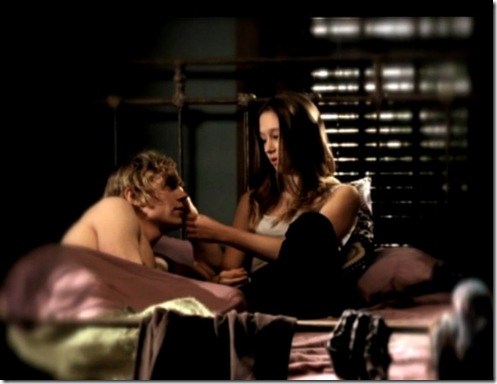 Finally, Vivien gets taken away by the police to be “analyzed.” 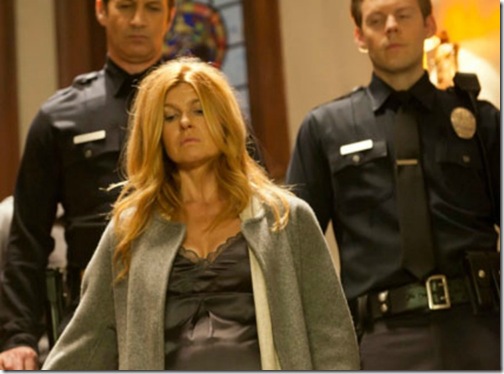 P.S. Next week’s recap might be a little (or a lot) late since I’m heading to Vegas on Friday. 🙂

Tagged as American Horror Story, I Watch Too Much TV, recap