That Day When I Didn't Drink

I forgot to talk about the weekend, so I’m going to back it up a couple days here. Saturday morning started with a Crossfit Deck of Cards workout. The idea is that you assign an exercise to each suit in the deck, shuffle them really well, and then do the number of repetitions assigned to that card. So, if you assign box jumps to Clubs and draw an eight of Clubs, you would do eight box jumps. You can change up this workout in a million different ways depending on the exercises you choose. This is what hubs and I did: 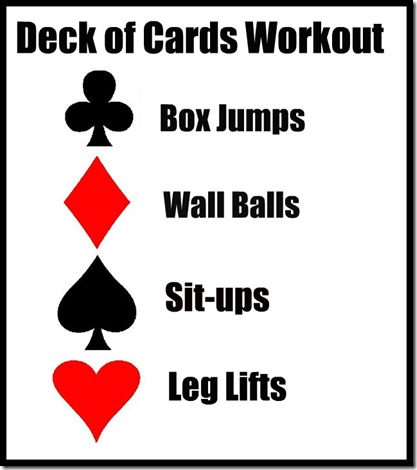 We also had 2 jokers in the deck that represented 100 jump ropes. We did the workout for time and it took us 26 1/2 minutes. It’s definitely a good cardio workout! But not the best idea for my run the following morning. (Ouch)

Later that day, we had 2 birthdays to celebrate. First up was my FIL’s celebration. We started with a tasty homemade “linner” at the in-laws house. Getting together with my hub’s side of the family (meaning more than just the in-laws) is always an interesting experience. It usually takes them about 30 minutes to realize they are all speaking Spanish and I have no idea what’s going on. I’m sure they love to watch a grown woman get excedingly excited when someone asks for more of something, asks what time it is, or asks for coffee, because that’s all I understand.

After dinner, we had a birthday cake-pie thing that I thought looked like a fruity nightmare. 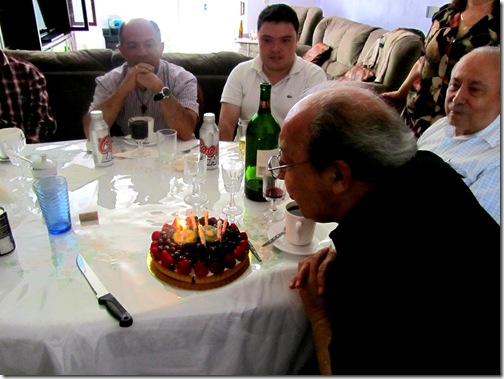 I usually hate fruit in desserts unless it’s apple crisp. Not pie or cobbler. It’s got to be crisp. Like the kind they served in elementary school lunches. But this cake-pie thing proved me wrong. It was awesome. I don’t like strawberries or blackberries, so I went with the blueberries and kiwi. The crust was graham and the filling tasted like a light cheesecake with chocolate underneath. Alert the authorities, Paula likes a dessert with fruit! 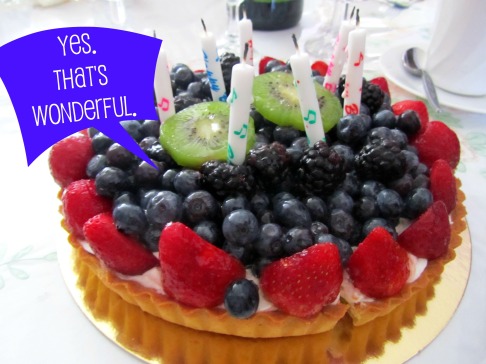 No one likes a sarcastic pie-cake.

For the party, my MIL bought me a 6 pack of Coronitas instead of the regular-sized Coronas so I wouldn’t feel guilty about drinking. Isn’t that so cute? Well, I pooped all over her cute, sweet, kind deed and didn’t have any because I didn’t want to drink. (Then I felt guilty for NOT drinking.)

The next celebration was for our friend Susan. We met a group of friends at Paxia for dinner and drinks. Paxia is a really awesome Mexican restaurant and tequila bar where I failed to take any pictures except one of my damn chicken. 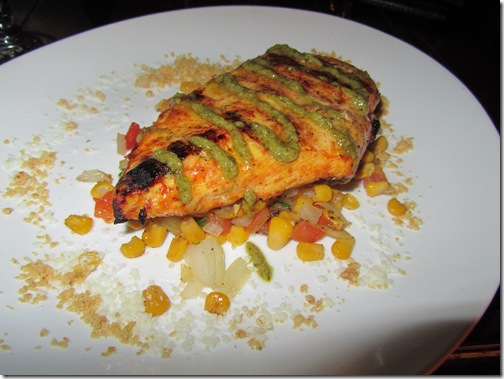 I mean, the chicken was awesome, but how could I not even get a picture of the birthday girl? What is wrong with me? At least I’ll have that chicken picture to look back on for years when I want to remember this day. So anyway, here’s a picture of me and the birthday girl from New Year’s Eve 2007. 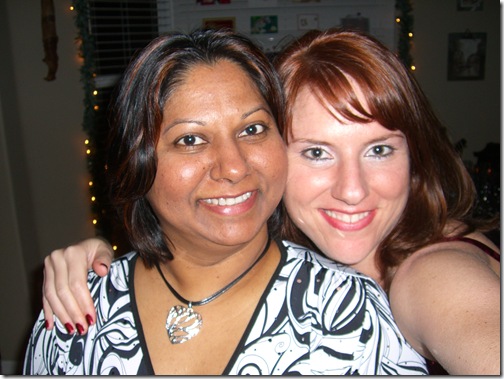 Why yes, my hair is auburn there. And yes I do have hair color commitment issues.

We all hung out for awhile and I had fun catching up with everyone since I haven’t seen most of them in awhile. After Paxia, we went to another restaurant for dessert and more drinks. And guess who didn’t have a dessert or any drinks that night? 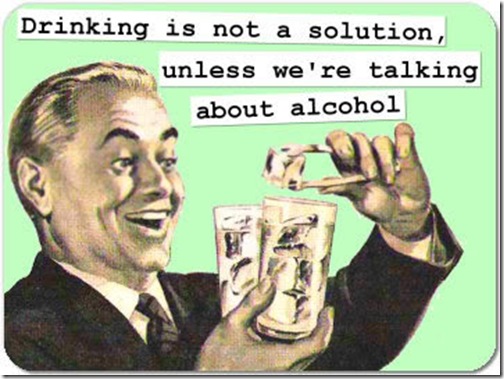 I can’t say that not having a drink all night was easy, but I did it. I’m trying to be good and being good sucks. If you have choice, I highly recommend evil.

14 responses to “That Day When I Didn't Drink”