I haven’t had any special plans for the second half of 2012. Not that that’s a bad thing, it’s just different. Usually I have a vacation of some sort planned or something out of the ordinary to look forward to. My schedule has been fairly empty for awhile until just recently. All sorts of things have popped up that I didn’t expect, and I’m kinda excited about them.

1. In two weeks, I’m heading to DC for the first time to visit this girl.

If you’ve been reading for awhile, you know Michelle and I met her in January at the Miami ING Half Marathon. She was a stranger. We asked her to stay in our hotel room anyway. Sparks flew. We knew we were meant to be. That kinda thing. So, I’m heading up to visit her for the weekend because she said Orlando sucks and she couldn’t possibly be caught dead visiting here.

2.  At the beginning of August, I have tickets to see one of my future husbands.

Yep. I have Bush tickets. Again. The best part is my friend Tania, who I haven’t seen in a few years, is joining me. How we live 2 hours away from one another and haven’t seen each other in that long is beyond me. But it’s been so long that the last time we saw each other, my hair looked like this.

This will be the fourth time we’ve seen Bush together. We’re groupies like that.

I’ve known Tania since I was 18. We met at work – a video store located in a fairly ghetto area so everyday was quite entertaining. There were even employees at our sister stores that refused to work at ours for their “safety.” See? We’re hard core too. She hated me at first but then learned how wicked awesome I am and here we are 18 years later. Here’s a picture of us about 15 years ago in our natural habitat, also known as “a bar.”

I look pretty skinny there, so that must have been during my run-six-miles-and-eat-one-noodle-a-day diet.

3. I’m going to Texas! Ok, not as exciting as DC since it’s for work, but I’ll be there for two weeks in August and I’ve never been there before. I’ll be in Killeen, which someone told me sucks, but I refuse to believe it. I think she’s just jealous I won’t be in Corpus Christi. Anyway, Killeen is an hour and a half drive from Austin, so I may get to check out the city over the weekend. All I know is that I want to eat something shaped like  Texas. This is my only goal.

4. In November, hubs and I are planning to go to New Orleans to celebrate a friend’s birthday. 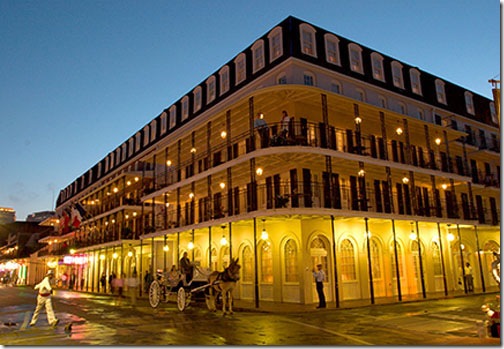 I’ve never been to New Orleans but it’s been on my short list of places inside the U.S. that I want to visit. I’m pretty sure I’m going to call it “N’Awlins!” the whole time I’m there. With the exclamation point.

When I saw the trailer for this movie, I was ready to hate it. Ben Stiller is on my shit list and Vince Vaughn hasn’t been winning any points with me lately either. But, hot damn, this movie looks funny. I think Ben and Vince are secretly trying to woo me back with their comedic wiles.

I don’t like Colin Farrell. But even he can’t keep me away from this one. I loved the original and pretty much everything about this movie reminds me of my brother, Tom. When I was younger, he would pretend he was my father to get me into all the Rated R movies (he’s 13 years older than me). And we would see every movie with Arnold Schwarzenegger in it. Total Recall was the first movie I ever owned (on VHS) and Tom bought it for me along with my first VCR. I swear getting a VCR when I was 13 was like winning at life. Still the best present I’ve ever gotten (for its time). It’s kinda lame that this of all movies would have some kind of sentimental value, but it does. It would be cool if Tom lived closer so we could see it together.

Michelle told me about this one the other day and now I’m determined to get through all my other books so I’m ready when it comes out.

This exists. And now I need it.

9. And you know it’s been awhile since I’ve gone on and on about Breaking Bad, so it’s time again. Season premiere July 15th! Sooooo close.

Wait, that doesn’t have Aaron Paul in it.