Alright, so we have two episodes left and this one seriously accelerated the time line. I was sort of confused by it but sometimes it’s best not to ask questions.

We start in present day with Dylan McDermott, aka son of Bloody Face. He hires a lactating hooker and I’ll let your imagination do the rest. 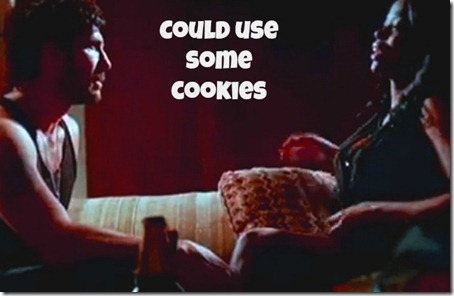 In the asylum, Dr. Thredson grabs Kit from solitary confinement. 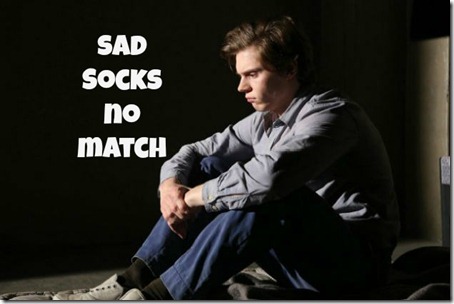 Thredson takes him to the common room to see Grace and the baby. 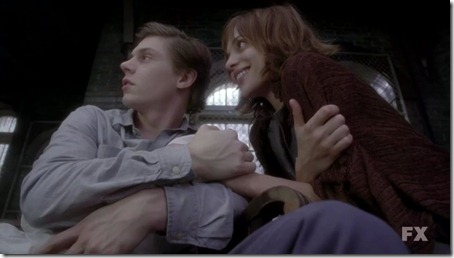 (Grace’s hair is shorter now than at the beginning of the season. Alien haircut?)

Anyway, Kit has a ton of questions for Grace. She tells him a little about her abduction and what happened to her and how it wasn’t all that bad. 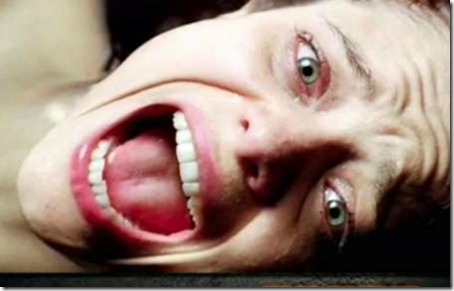 Kit wanted to know about Alma, his wife, and Grace told him that unfortunatley she didn’t make it.

After hearing the bad news, Kit wants to at least be a good father to his new baby. So he asks Grace to marry him so they can be a family. As Grace says yes, a few of the asylum nuns show up and take the baby from them. 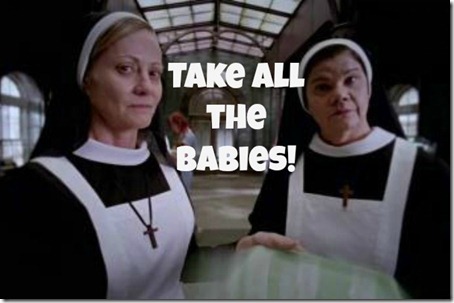 Mother Superior approaches Lana and tells her she’s going to get her out of the asylum because Sister Jude told her the truth about why she’s there. She’s a little apprehensive at first because the last time someone told her they were getting her out, it didn’t go so well. But she throws caution to the wind, grabs the Dr. Thredson confession tape, gets ready to leave, and tells Jude she’s coming back for her.

Later on, Dr. Thredson promises Kit he’ll give his baby back if he gets Lana to give over the confession tape. In exchange, he has a plan to blame Dr. Arden for the Bloody Face crimes and clear both of their names. While he’s talking to Kit, Lana walks right behind him in split-screen Brian DePalma style (which was an awesome scene).

Kit sees Lana, so he stalls Thredson with questions so he doesn’t turn around and see Lana leaving. Lana walks out the door, gets in a cab, and just as she’s leaving, Dr. Thredson realizes what’s happening. He runs out the door just in time to see her cab pulling out and a special little message from her to him.

Haha. I love that.

Dr. Thredson rushes home, but once he gets there, Lana is waiting. 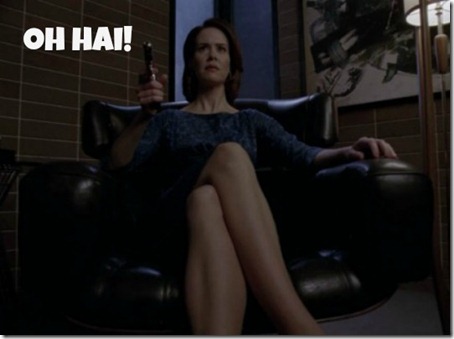 Now, I’m not sure of the timeline here, but Lana had enough time to go to the police with the tape, take a shower, do her hair, and change her clothes before Thredson ever busted into his house. You’d think he would have made an effort to get out of town faster.

Anyway, even though the police are on their way, Lana wants to make sure Thredson doesn’t disappear. She also wants to know what exactly he did to her teacher-lover. So, he makes himself a martini (or two) and tells her all the dirty details in an effort to stall her. Once he hears police sirens, Thredson makes an effort to get the gun mounted to his wall, but Lana shoots him. 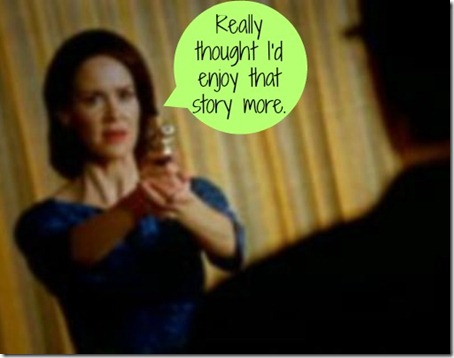 Lana visits the grave for her teacher-lover (even though there’s no body) and meets with a couple of lesbian friends who also want to say goodbye.

A bunch of news photographers are outside waiting for Lana with questions, so the friends scurry out the back door so they will not be identified as lesbians so they don’t get fired from their jobs. < — guess that happened back then?  But Lana is all, I’ll just put on my shades and be awesome. When the paparazzi ask her questions as she’s getting into the car outside, she’s all… 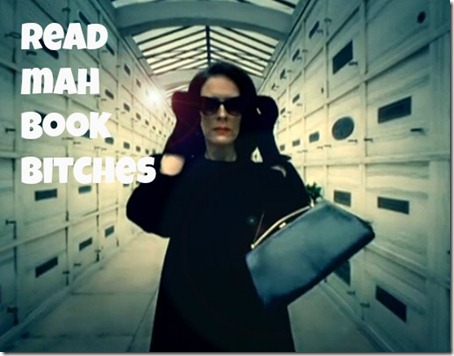 So I guess she had time to write a book too. I mean, why not? She takes fast showers, why not write fast books? Oh, she also makes an appointment to get an abortion but ultimately can’t go through with it because she’s seen so much death already and just wants it all to end.

Now that Dr. Thredson is confirmed to be Bloody Face, Kit is released from the asylum. But before he leaves, he meets with the Monsignor because he wants Grace and the baby released too. He tells the Monsignor that he won’t verify Lana’s story if he releases Grace’s “body” to him since she’s technically dead anyway and has death certificate signed by Dr. Arden. (Remember she was shot and killed awhile back?)

The Monsignor (who is extremely d-baggy all of a sudden – possessed?) agrees and Kit takes Grace and their new baby home. 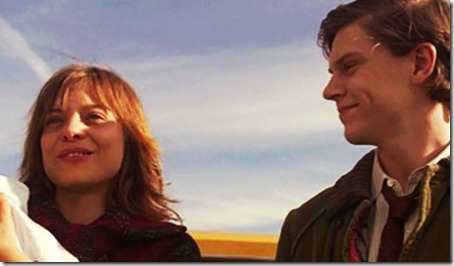 When they get to the house, it’s still in shambles from Kit’s abduction. Kit and Grace talk about cleaning it up and then realize someone is in the house with them. That’s when they find Kit’s wife sitting in the bedroom…with a baby.

Lana shows up at the asylum with the police and a court order to speak with Sister Jude. At this point, she looks about 5 or 6 months pregnant, so I’m not sure what took her so long to get back there. I guess books and showers and hair appointments are more important. The Monsignor tells her that Sister Jude is dead and shows the police the death certificate, which verifies that she hung herself in her room with some bed sheets. Only Sister Jude isn’t dead, she’s locked up in solitary. 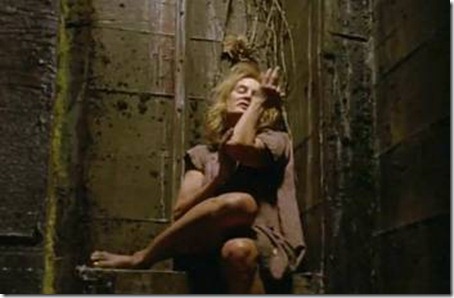 More time passes because now we’re at the hospital and Lana just gave birth to her baby. She’s giving him up for adoption and doesn’t want anything to do with him, only the baby won’t take a bottle so the nurse asks Lana to breast feed. She doesn’t want to but does it anyway cuz she’s nice like that.