Things I Do While Sitting on My Butt

I saw Girl with the Dragon Tattoo Sunday night (which was apparently my non-anniversary). 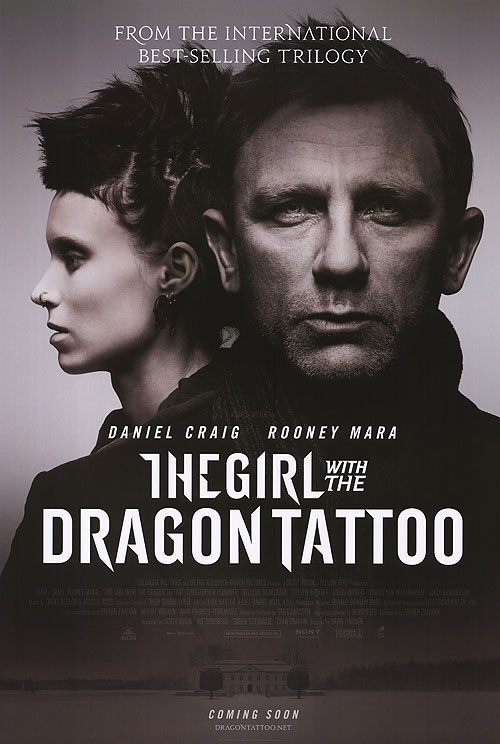 I loved it. On the way to the theatre, hubs told me the movie was 2 hours and 38 minutes long which almost made me turn around and go home. I swear my movie attention span is around an hour and 50 minutes until I get so uncomfortable in the seat that both of my ass cheeks start going numb and I get antsy because I can’t stretch out my 5’9” body.

I saw the second Harry Potter in the theatre and vowed to never see another long movie in the theatre again. Now, all Harry Potter movies are watched at home over a 2-day span. The point of telling you all this is that the movie didn’t feel like it was almost 3 hours long. Even with the 20 minutes of trailers beforehand. And if you are one of the few people that haven’t seen it yet, it’s so worth it. And this is coming from someone who hasn’t seen the foreign version of the movie or read the book. And hates long movies.

If you’re looking for alternative movie posters to capture your interest because me telling you the movie is awesome doesn’t do it, maybe this will work for you.

I also watched Fright Night recently. The new one. Not the one from the 80’s.

Is that a Canadian movie? What’s with the spelling of neighbor? Anyway, I thought it was pretty entertaining. It’s funny and gory and I like funny and gory. I can’t stand Colin Farrell either, so it helped that he played the bad guy. Just know that I have a really low threshold for horror movies and ones that everyone in the world might hate, I will like. Go forth and see this movie with caution.

Hubs and I took a short break from watching Mad Men and started watching Homeland. 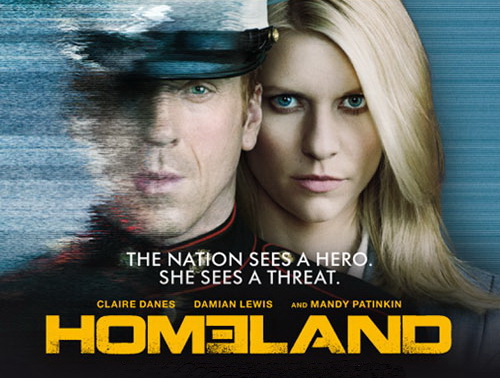 We’re 5 episodes in and sweet kitten dumplings Claire Danes is good in that show. I never would have picked her for that type of character, but man, she is great. Hubs compared the show to a more believable 24, which I think is what makes it so good. It seems like it could really happen and it’s really interesting. Anyone else watching this?

And since I obviously don’t watch enough stuff already, I watched the series premiere of House of Lies.

It’s on Showtime and is a comedy about a management consultant firm. I actually didn’t care what it was about because Kristen Bell is in it and I would have her babies if she let me. She’s great of course and I’m not just saying that cuz we’re besties.

I’m not sure I’m sold on the show yet though. Don Cheadle plays a womanizer which I can’t really get into. Not the character so much, but him playing it. I’d rather see him as a nice guy saving children in Rwanda or some crap. Also, they pause the action a lot so he can talk to the audience and explain what’s happening. It gets a little old because it happens so much, so maybe they’ll tone that down in future episodes. I’ll keep watching for awhile and see if it gets better.

What are you watching now?

Tagged as Girl with the Dragon Tattoo, Homeland, House of Lies, I Watch Too Much TV