With all the Ke$ha talk, I haven’t had time to mention Saturday day. Hubs and I had an appointment with Michael (our Crossfit trainer) for a workout. After the workout, we got to talking about stretching.

Confession:  I never stretch. Ever.

Michael went on about the benefits of stretching and why it’s so important. I mean, I know it’s important and I should do it. I just don’t. When he heard this, he did a long series of partner stretches with us. I went first and then the hubs.

Well, NOW I know what they mean by “hurts so good.” The stretches he did on us were so uncomfortable but afterwards I felt like a wonderful puddle of goo. So this week I’m going to finally buy a foam roller and start stretching like a good girl. On a side note, he had us do so many flutter kicks (400) , leg raises (100), mountain climbers (400), and sit ups (100) that it’s hard to stand up right now.

After Crossfit, Hubs and I went out to lunch at Seito Sushi in Baldwin Park. 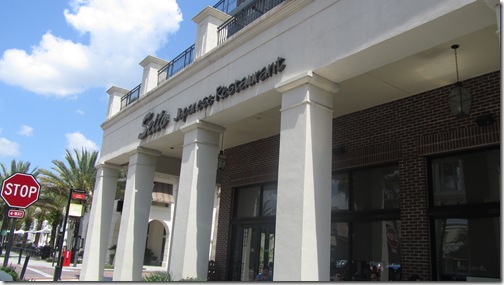 The inside is much more contemporary than the one in Winter Park Village. We liked it a lot better. 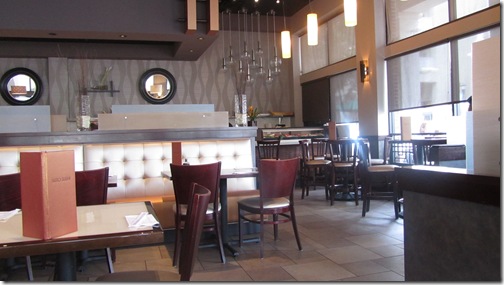 Looks empty, but most people were sitting outside with their dogs like this little guy. 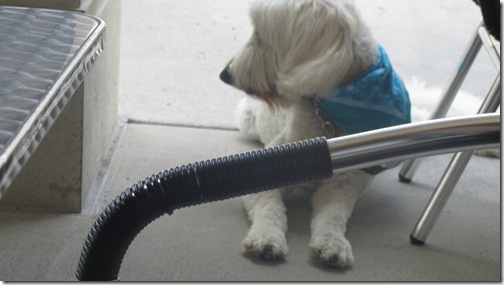 Look at Hubs here looking all cute. (And having no idea that I’m dragging him to Ke$ha two nights in a row.) 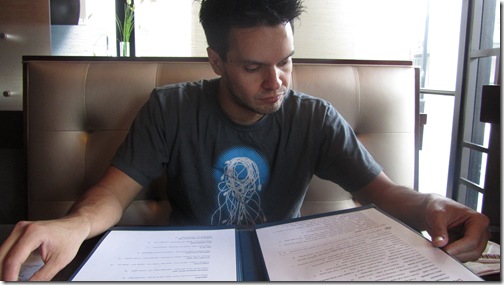 I started with the Clear Broth Soup. It had crab, mushrooms, seaweed, and tempura flakes.

I didn’t care for it, so I had a few bites and gave the rest to Hubs. (He liked it.)

Then we ordered a few appetizers. Hubs had the crab cake which came out looking so pretty you almost didn’t want to eat it. 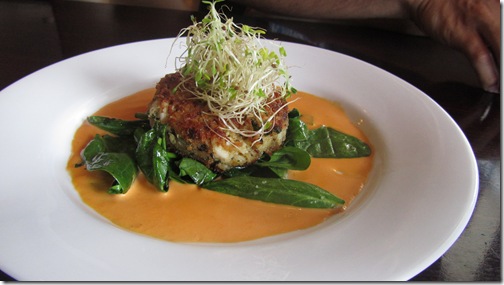 And I had the Beef Negimaki. Also yumtastic. 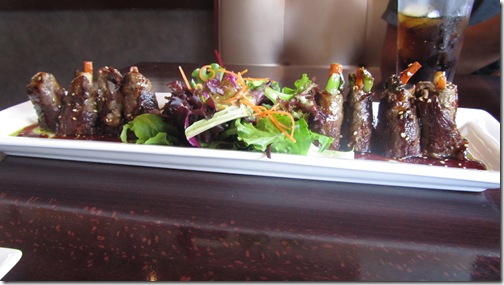 The food doesn’t stop there. We each ordered a Spicy Volcano Roll, I had a Lava Roll (a California roll with scallops on top), and Hubs had Salmon nigiri. 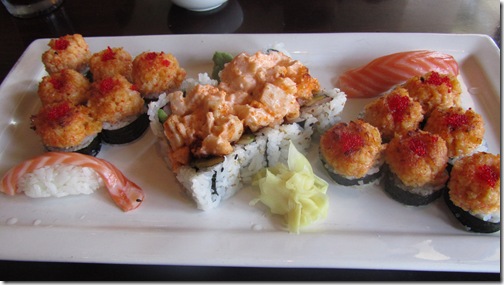 Isn’t the Volcano Roll cute? They put red fish roe (?) on top to make it look like it’s the top of a volcano. Presentation at the Baldwin Park Seito is way better than the one at Winter Park Village.

Everything was really good. We hadn’t been out for sushi in a LONG time. 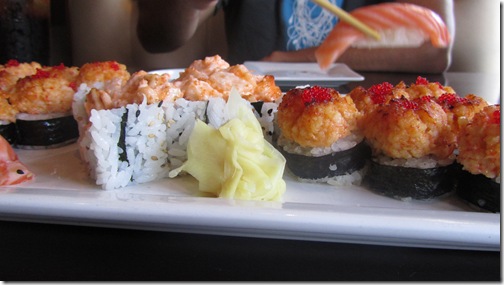 After lunch, we walked around to see if we could find a yogurt place. There was one within about 50 feet of where we were but we walked in the complete opposite direction.

We walked back to the Seito Sushi area to try out Delish, a self-serve frozen yogurt place. 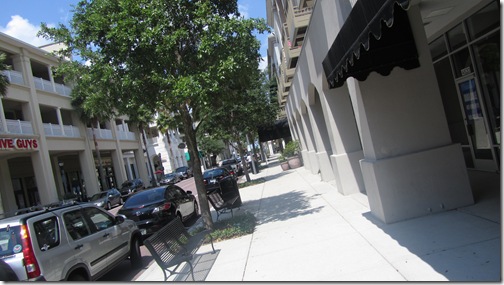 This place was properly named in case you were wondering.

I’ve never been to a self-serve place before. OMG. I was missing out.

They have little cups so you can sample the flavor before you make your cup. I tried out the Pistachio flavored yogurt. It was good, but had a strange after taste. 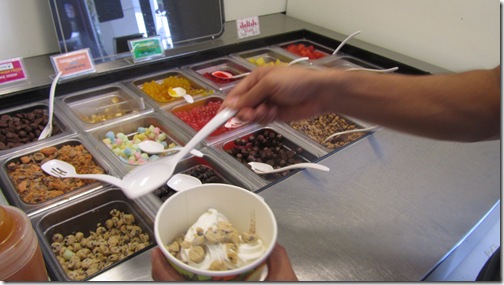 …you look and there are even more toppings. 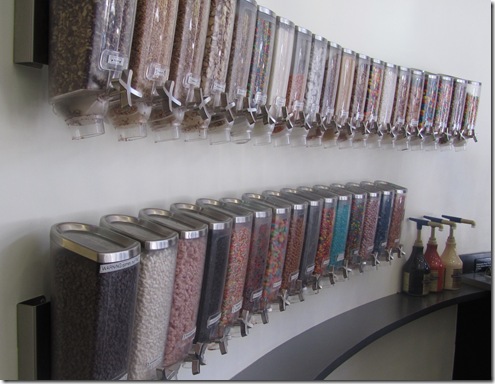 We sat on a shaded bench by the water to have our yogurt. Hubs and I loved Delish and are ready to go back. It was a nice afternoon.

How often do you stretch? (It’s ok to yell at me in the comments for not stretching after all this time.)

Do you eat raw fish? (I used to eat spicy tuna rolls but I had a food poisoning incident that I’m sure was from sushi and now the thought of raw food makes my stomach churn.)